The problem with caring 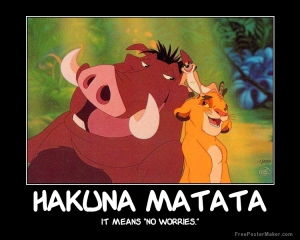 Just let it go and focus on having fun, telling players and parents whatever they want to hear and ignoring issues. Let players show up whenever they want, no schedule, just nice and friendly and comfortable.  Convenience and fun are the priorities.  Fun and easy.  Happy.

Gosh, things would be swell.  And easy.  And fun.

Golly, it would be a swell life if you could let it go and not care.

How is this player? Definite D1, throws 5mph harder that the gun reads.

How’s that player? Definite D1, you can teach him to throw strikes when he gets on campus.

How’s the other player? Has an offer from AR, 30 lbs overweight is very attractive to the SEC, so better offer fast.

It would be just swell to stand on the sidelines, doing the easy stuff, cashing checks living off the efforts of others.  Let other people do the hard work of forming teams, selecting players, scheduling games, developing players, coaching games, traveling with teenagers, being responsible for teenagers, making lineups, helping them compete, dealing with emotions.  That stuff is too hard and not fun.

That’s a nice gig!  Everyone has fun, everyone likes you, no hard feelings, all cheerleading and everyone gets a prize at the end.  Gosh, that sounds great!  No worries.

Dr. Tom Hanson says the three most important words in baseball are “let it go”.  Not what he meant, but golly-gee who cares. Hukuna matata.